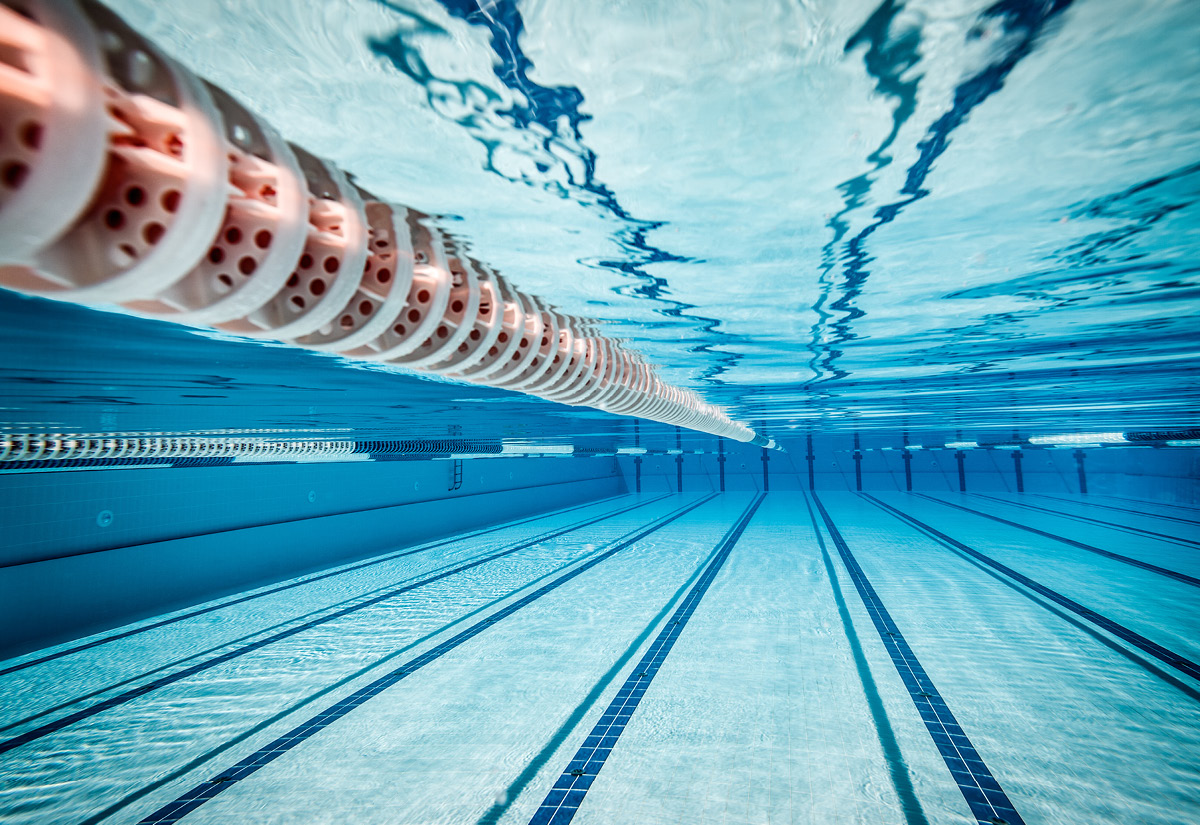 Finding Fiddy: Why I Finally Chose to Learn to Swim as an Adult

As kids, we all have that one favorite superhero with really cool special powers we wish we had. My favorite growing up was Aquaman and I'll tell you why as soon as you stop laughing. I know he isn't necessarily the most respected in the superhero universe, but I liked him because he could do one thing I couldn't: Swim.

As a matter of fact, at 31 years old, I've yet to learn how. See that photo below? That's me, farmer's tan and all, on my honeymoon just a few months ago. For that entire week, I stuck to the side of the pool like algae, stepping away just long enough so that my wife could snap the photo. That wall was my safe place in the water. I left it on rare occasions, mainly those that required that I head over to the swim-up bar, which I did only because I could stand and clear the water by a good foot-and-a-half or two feet. 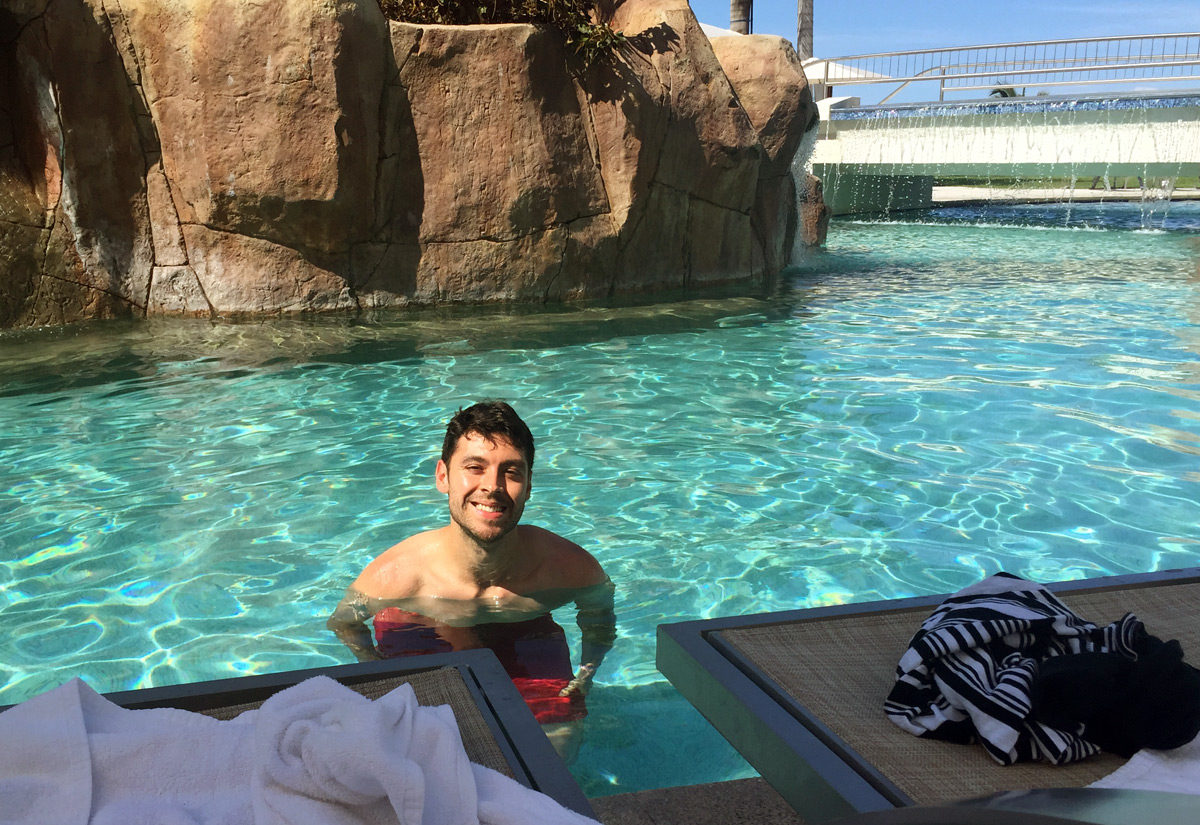 That's really what every pool experience I've ever had is like. My take on living life on the edge. So adventurous, I know! So why haven't I learned how to swim? Two reasons: Fear and embarrassment. Let's start with fear.

I was five or six years old when my kindergarten class took a trip a nearby town with a public pool. With chaperones keeping a close eye, all the kids dove right in. I was doing my own thing, hanging out at the edge of the pool, when I saw some of my friends swimming. It looked easy enough so I figured I'd give it a shot. I let go of the wall and sunk like a cinder block. I panicked but somehow made it back to the surface, filled my lungs with air, and death-gripped the wall. To this day, I feel that if I stray from the edge, I'll somehow end up underwater, panic, and not be lucky enough to make it back out.

Now onto embarrassment. I was a pretty chubby kid growing up and didn't like to take my shirt off in public. When I was in eighth grade — around the age we all start being self-conscious about our image — the elementary school I attended gave us the option to either learn to swim or learn to play tennis. Guess which one I chose? Exactly. I didn't have to take my shirt off and I actually became a pretty good tennis player.

Over the years, I've gotten every comment and question in the can't-swim spectrum (see this Buzzfeed post), yet I never felt the need to learn to swim. That changed when my wife and I took our first vacation to Mexico two years ago. Summers in Nuevo Vallarta are very warm and cooling off in the pool is a must. Midway through our trip, we signed up for an adventure tour that involved, among other things, two speedboat rides across the bay and a zipline straight into a 12-foot deep natural pond. After our trip, I just kept thinking how much more I would've enjoyed those moments if I knew how to swim and didn't have this nagging fear of drowning in the back of my mind. 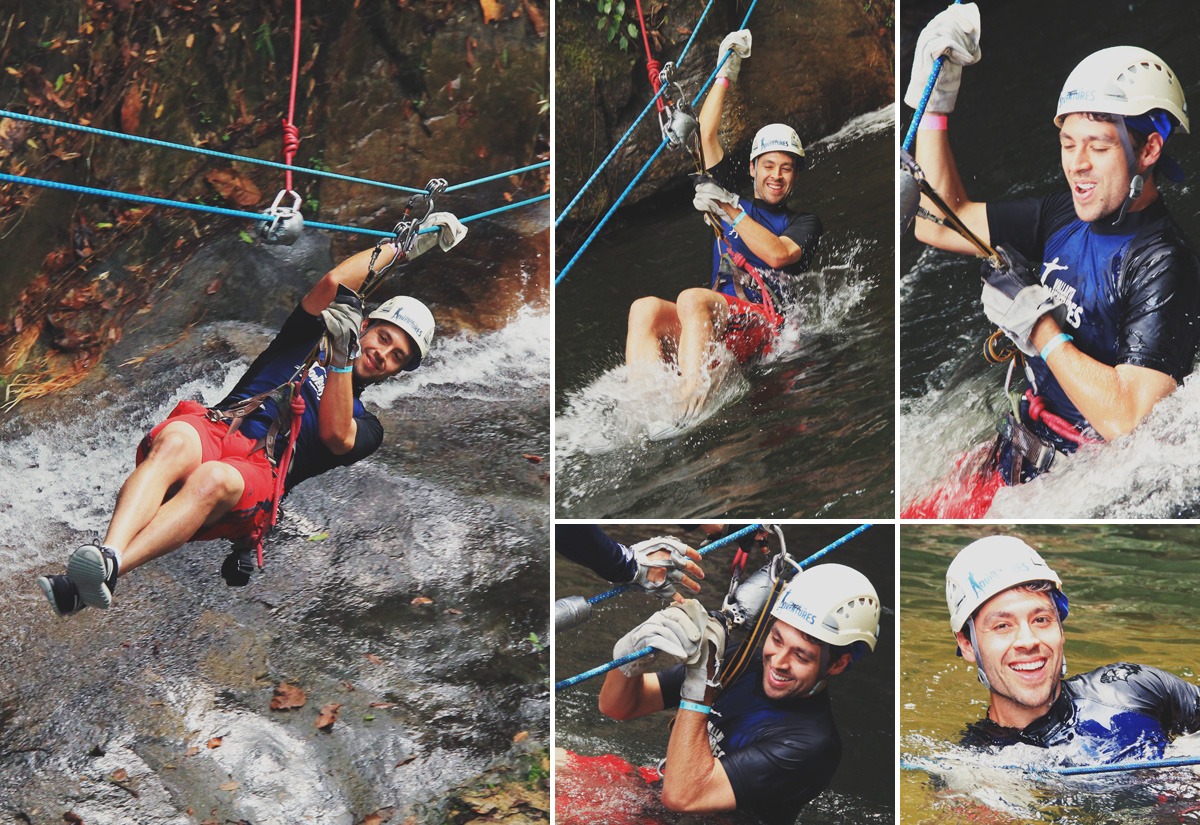 Left: Ziplining into a natural pond in the mountains around Puerto Vallarta. Middle top: Entering the cold water.
Middle bottom: Holding onto the line for dear life. Right:Smiling for the camera on the outside, scared to death on the inside.

On top of that, I'm a huge fan of the TV show "Expedition Unknown," where host Josh Gates travels the world to investigate (sometimes underwater) legends, folklore, and mysteries. I love travel and photography, and seeing the places Josh visits stirs up an overwhelming sense of adventure in me and makes me realize how many awesome experiences I'm missing out on because I can't swim, much less dive.

So now, about 25 years since my near-drowning experience, I'm determined to prove to myself that I can overcome my fear of water. I want my next vacation to include snorkeling or, at the very least, a first place finish in the belly flop contest.

While I make light of it sometimes, the truth is that I've come to realize that knowing how to swim is more vital to my safety than I previously thought. According to an American Red Cross Water Safety Poll from 2014, 80 percent of Americans said they could swim but only 56 percent were actually able to perform the five critical water safety skills. In another set of facts, this time from the Centers for Disease Control and Prevention (CDC) website, about 10 people in the United States die from unintentional drowning each day, four of every five being above the age of 14. It's the fifth leading cause of unintentional injury death for people of all ages. All that information is quite sobering.

I told my supervisors at work about all of this and they demanded suggested I learn how to swim ("It's about time," they said) and write a blog about my experience. Great idea, I thought, because committing to this wouldn't give me the option to back out. Plus, I figured there are other adults who haven't learned to swim for similar reasons and that this could be the motivation they need.

So here I am, writing this post with my first lesson looming in the horizon. I think it would help if you had the quick-and-dirty of this blog series:

I'll be posting on the blog every couple of weeks until the eight weeks is up. My goal through all of this is to make the US Swim Team for the 2016 Olympics taking place this summer, but I'd say the 2020 Olympics are more realistic. I bet Michael Phelps is shaking in his goggles right now. But seriously, my goal over the next eight weeks is to feel comfortable in the water, learn the basics, and maybe be able to swim one entire lap. Wish me luck and maybe send me a pair of floaties.

» NEXT: Finding Fiddy: Swimming Is Hard, Especially If You Can't Float 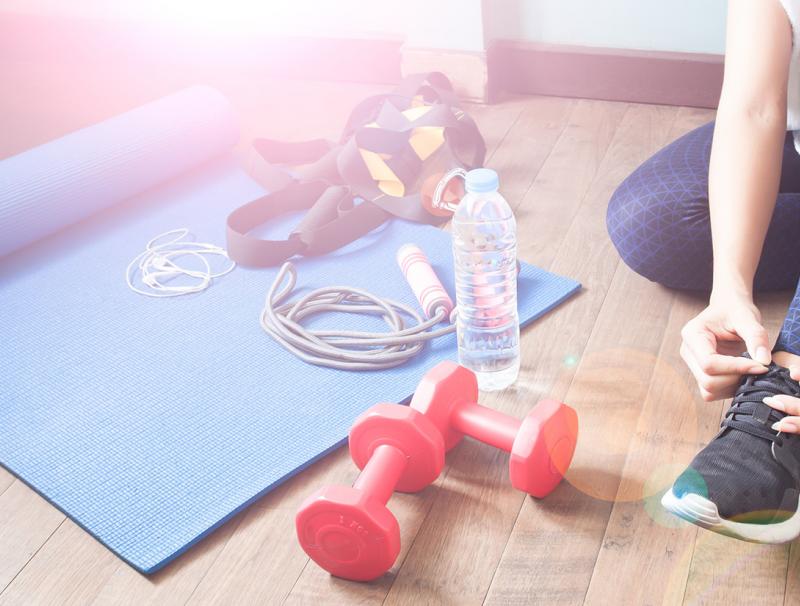 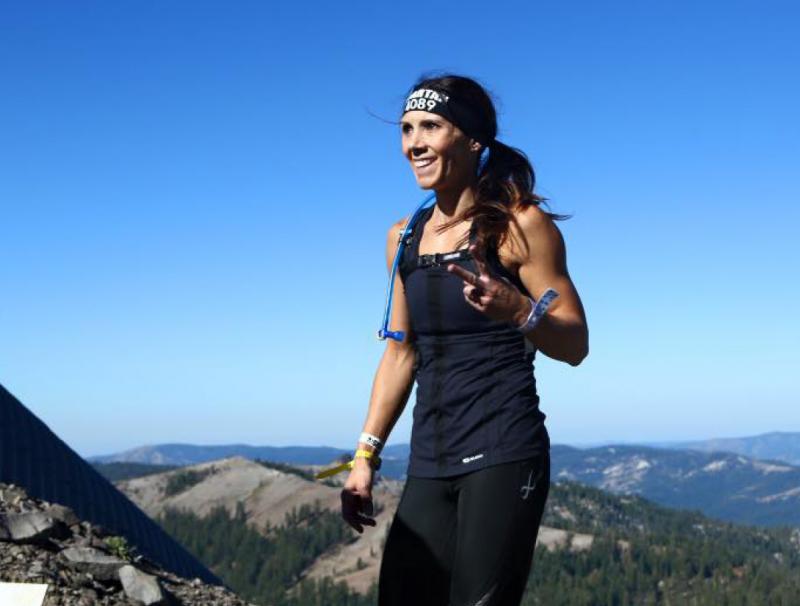 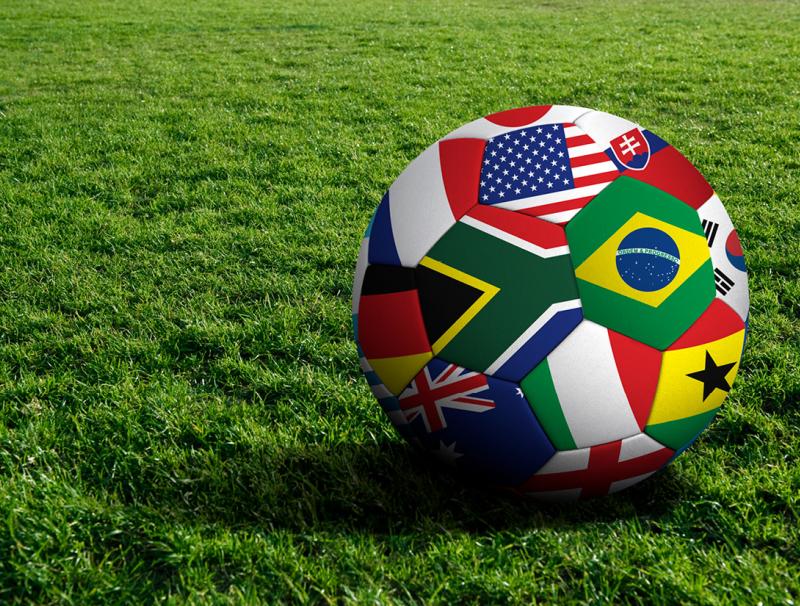 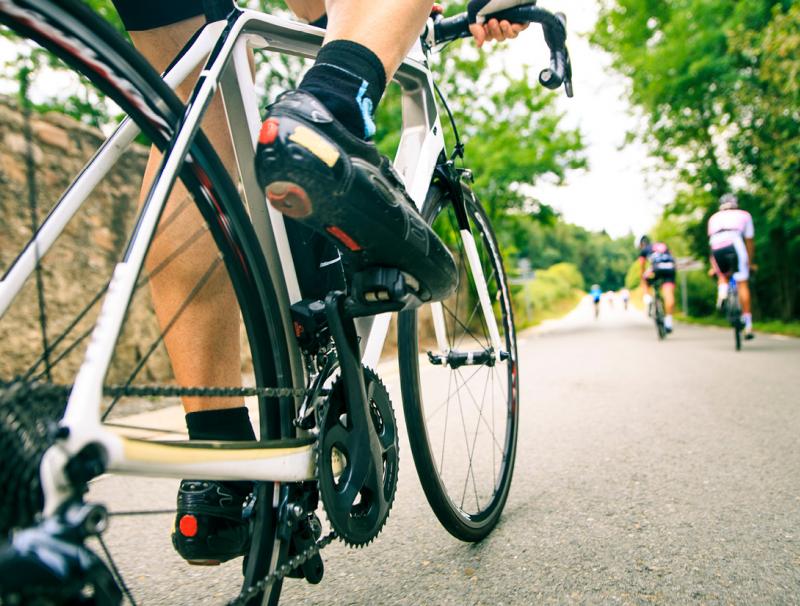 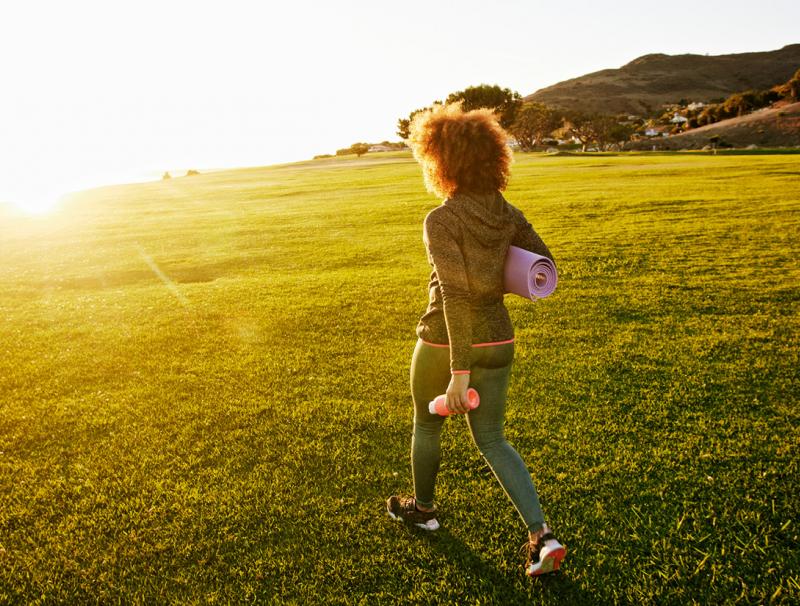 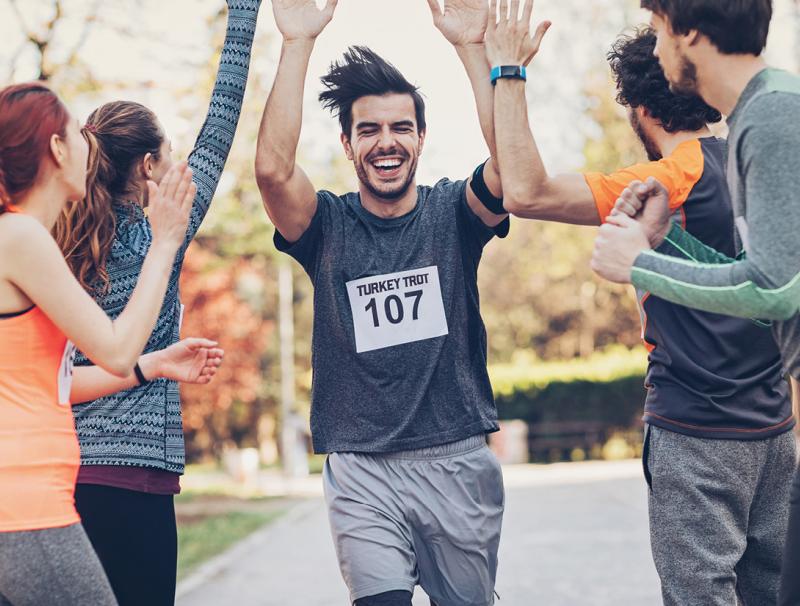